Police say a 38-year-old man who was riding a red Kawasaki motorcycle near Sentinel Road and Sheppard Avenue West in North York on Monday June 13 when he collided with a 42-year-old driver of a black Audi who was turning left. It was the city’s 23rd fatal crash so far this year, and the second time a motorcyclist has died on city streets in 2022.

By the time the week-long campaign ended on Sunday, police said they had issued nearly 3,000 tickets to Toronto road users as part of a campaign to improve the safety of Toronto motorcyclists.

These offenses included 1,175 speeding tickets; 753 for aggressive driving; 183 for distracted driving; and 27 counts of stunt driving, resulting in license suspensions for drivers and seizure of their vehicles.

Police also made 25 impaired driving arrests during the campaign.

Twelve of the 60 people killed on Toronto streets in 2021 were motorcyclists — a number well above their share of overall traffic and the most the city has ever seen, the traffic services superintendent said. Scott Baptist.

Police say they are seeing a significant increase in traffic collisions involving motorcyclists. In April and May — typically getaway season for motorcycles — Toronto recorded 45 motorcycle-related collisions, up about 29% from the same time last year.

That’s about six collisions a week, according to police. The majority of these collisions tend to occur in the afternoon.

“It’s very difficult to point to a single underlying factor in these crashes, but officers have generally observed more aggressive driving behaviors during the pandemic,” Baptist said. “We are seeing more and more incidents of stunt driving and speeding, particularly with motorcycles, which puts the drivers of these vehicles at considerably high risk.

During the campaign week, traffic officers were particularly on the lookout for the four leading causes of injury and death on the roads: speeding, aggressive driving, distraction and impaired driving.

Holly Ralph, CEO of the Hamilton-based Canadian Motorcyclists Association, said there had been a surge in motorcycle sales during the pandemic – possibly because people had been stuck at home for too long and were looking for something exciting to do, she said.

A long-distance cyclist herself, Ralph said motorcyclists are always encouraged to wear full protective gear and take safety courses. Most collisions involving motorcyclists occur when motorists turn left carelessly, she said. Nevertheless, she encourages motorcyclists to always be alert, refrain from speeding and avoid riding too close to each other in groups.

Baptist said it was unclear if people were using motorcycles with a higher frequency than before, but noted it was important to emphasize the need for rider safety, as the risk of serious injury in a collision is higher on a motorcycle than in a car.

To drive safely, operators must pay attention to their surroundings and never assume motorists will always see them, Baptist said. Every rider must be fully licensed to ride the motorcycle, and it is the responsibility of every road user to keep everyone on the roads safe.

“Our city is a busy urban environment. There’s always a lot going on. All road users must play an active role in contributing to safer roads,” he said.

Anyone can read Conversations, but to contribute you must have a registered Torstar account. If you don’t have a Torstar account yet, you can create one now (it’s free)

Conversations are opinions of our readers and are subject to the Code of conduct. The Star does not share these opinions. 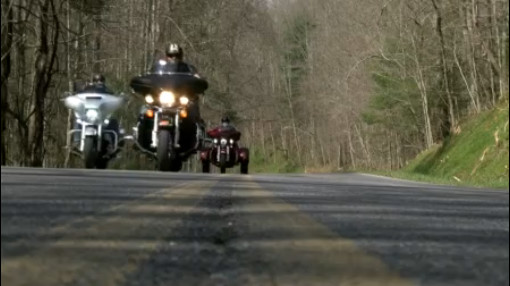